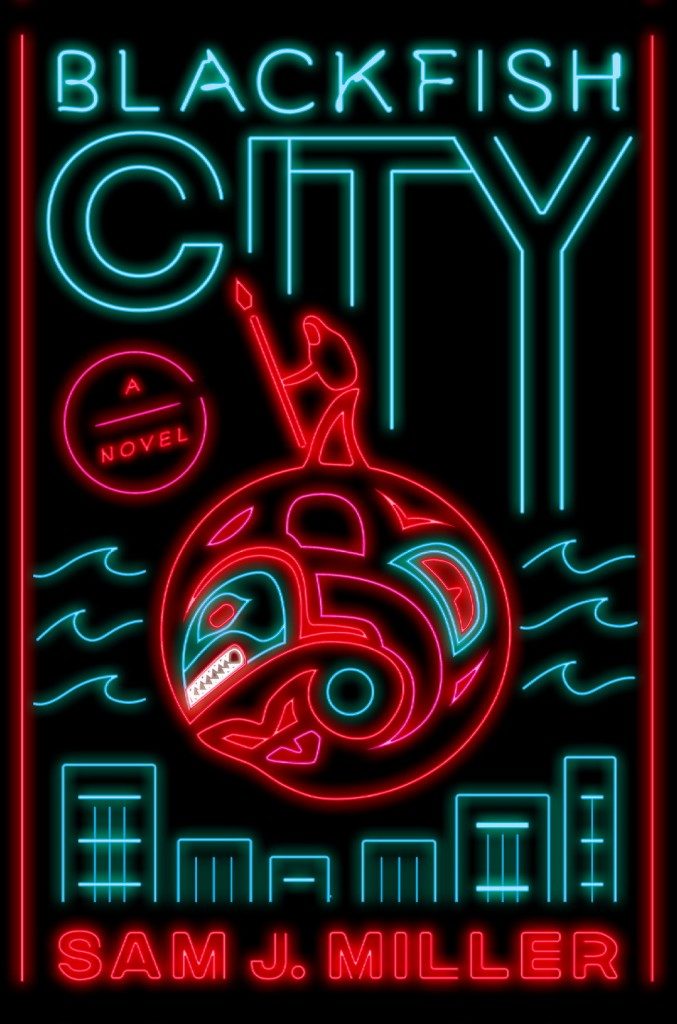 “A floating Arctic city; nano-bonded orcas and polar bears; an Earth violently reshaped by the mistakes we’re making right now… I haven’t been this swept away by imagination and worldbuilding since Philip Pullman’s His Dark Materials. A gorgeous, queer, muscular novel.” (Carmen Maria Machado, National Book Award-nominated author of Her Body and Other Parties)

“A wildly inventive post-cyberpunk ride that also has real things to say about community and family. Sam Miller’s drowned future is vivid and fully real, even as he throws in the weird and the fantastic. Sam Miller is a fiercely strong writer, and this book is a blast.”  (Daryl Gregory, World Fantasy Award-winning author of Spoonbenders)

“Blackfish City is an exhilarating tour of a post-catastrophe future that’s both fantastical and eerily convincing. Imagine The Yiddish Policeman’s Union cross-bred with Snowcrash and you’ll get an inkling of the imaginative horsepower on display here.” (Adam Sternbergh, author of The Blinds)

“Miller gives us an incisive and beautifully written story of love, revenge, and the power (and failure) of family in a scarily plausible future.  Blackfish City simmers with menace and heartache, suspense and wonder.” (Ann Leckie, New York Times bestselling and Hugo, Nebula, and Clarke Award-winning author of Ancillary Justice)